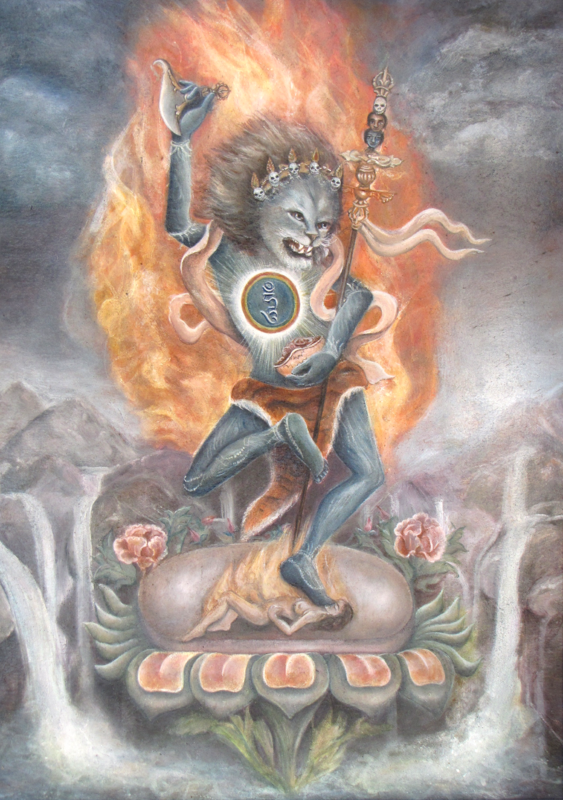 Simhamukha is the lion-headed wisdom dakini in Tantric Buddhism. She helps in overcoming and subduing negative energies.
Despite her wrathful appearance, she is a manifestation of the enlightened awareness of the Buddha and her nature is compassion.

In this painting she is dancing on top of the ego which is burning in the fire of liberation. It is a mere symbolic representation as the ego is in fact an illusion, the belief of a limited identity. In the light of truth, the conditioned being gets released back into it's natural state of pure formless awareness.