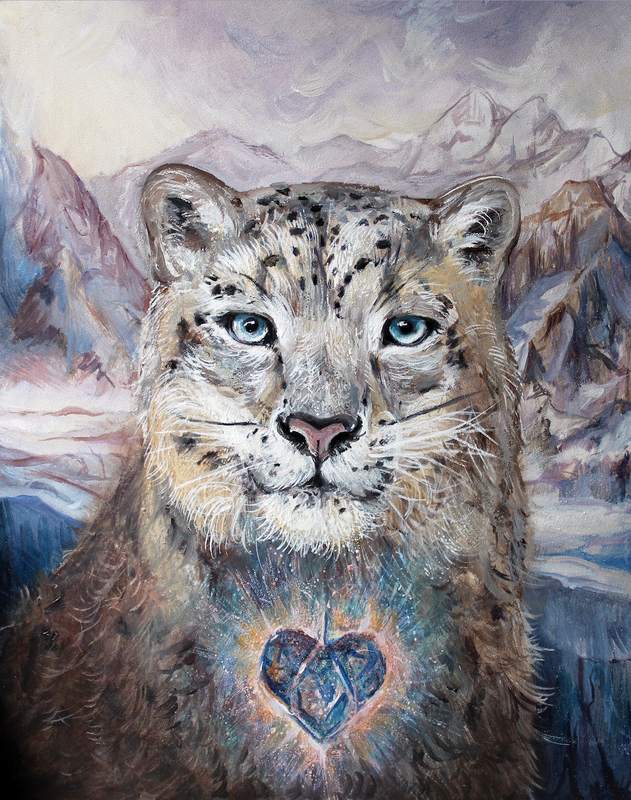 This new painting is a homage to the world's most endangered big cat. The snow leopard lives in the lofty, rugged mountains of Central Asia such as the Himalayas and the Russian Altai Mountains. He is at home at an altitude of up to 5000 meters. This makes this creature so special because no other big cat can survive at such extreme heights. It has a very thick fur!
According to estimations, there might only be around 4,000 snow leopards left in the wild.
With this picture I want to show the magic of this royal being, who is often referred to as the "ghost of the mountains", as it's very rare for a human eye to cast a glance upon it.