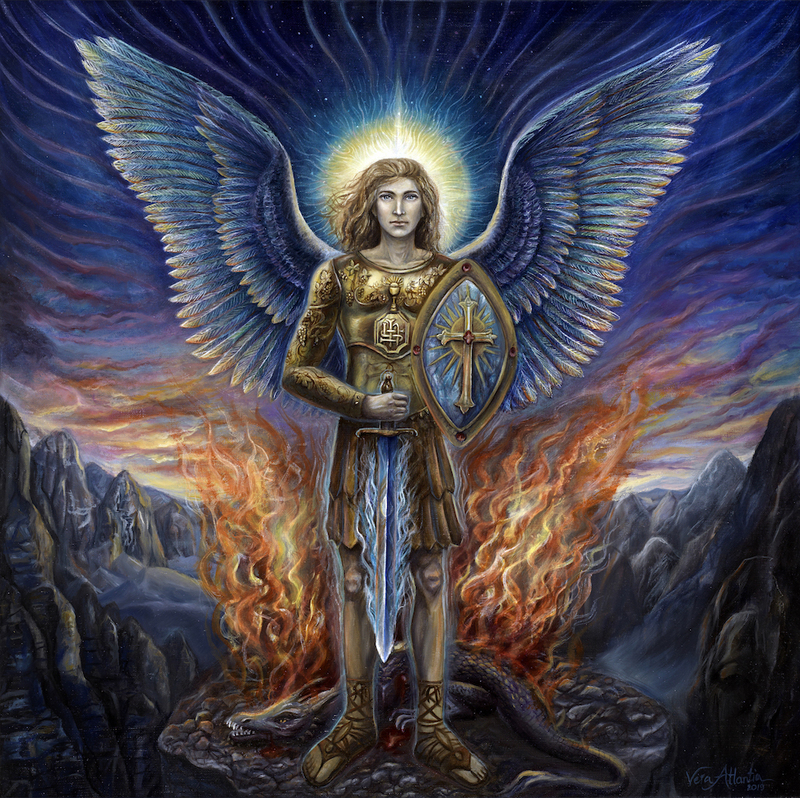 St. Michael, the Archangel is considered the highest angel in the hierarchy and protector of all other angels. His name literally means "Who is like God".
The story goes that the exalted Seraphim Lucifer, who was ranked high in the order of the angels, proudly declared that he will "ascend above the stars of God" and make himself "like the Most High" (Isaiah 14:13).
A loyal angel of lower rank who could not tolerate the blasphemous claim of a creature to be equated with God, courageously stepped forward and uttered from the depth of his being the cry: "Who is like unto God!" So, "Mi-cha-el" became his name (mi - who, cha - like, el - God in Hebrew)

Michael then cast Lucifer out of Heaven along with all his rebellious companions. Satan, being jealous of the prospect of humans entering the kingdom of God, where he no longer was permitted entrance, then began tempting souls to prevent them from going to heaven and to draw as many creatures into his dark kingdom. There are amazing testimonies of people describing how their soul was saved by St. Michael, who fights the strongest of the demons and is considered glorious Prince of all Angels.

Watch the Creation of the Painting & Powerful Protection Prayer to St. Michael:

Oil and egg tempera on canvas