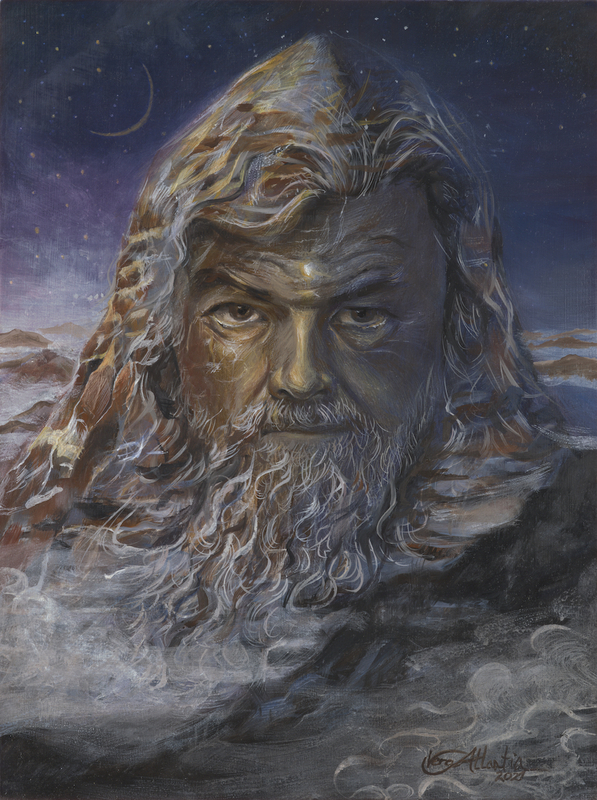 Some time ago I read the following words carved into the wood of a summit cross:

"To the Lord of the Mountains, to whom everything lives".

These words left a deep imprint in my mind and I began to wonder who this Lord of the Mountains might be. As a visual artist, I asked myself what he could look like.


I decided against a religious depiction and wanted to focus more on an archetypal character. As an extraordinary mountaineer with the most impressive and unprecedented achievements in his field, Reinhold Messner struck me as the perfect model for realizing this inspiration. He was the first to reach Mount Everest without artificial oxygen and the first to climb all 14 eight-thousanders.
He was given the unique privilege of being the first human (besides Milarepa) to climb the sacred Mount Kailash. He refused the offer however due to respect for preserving the sacred atmosphere of the mountain, which Hindus, Buddhists and Jains revere as the center of the world.

I have allowed myself to show him personified as the holy mountain, radiating deep wisdom, willpower and perseverance, as well as a powerful calm. He is one who has faced his fears and has realized who he is - thus he is on top of the world.